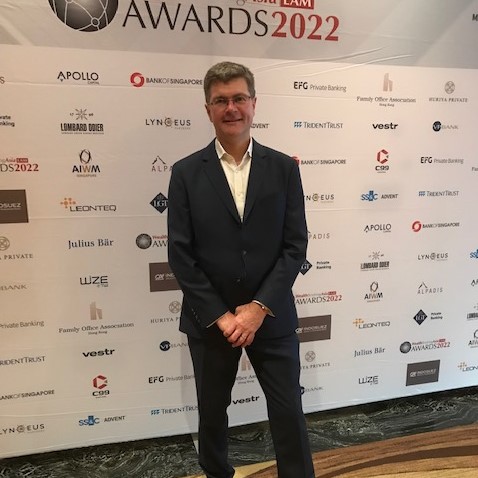 The sector must be more willing to think about how to attract young adults to work in it, particularly at a time when financial services have lost much of their appeal as a career channel.

A regular topic that we look at in our publications is talent management. Where do wealth managers come from? How best to train them? Whatâs the most important quality to have â raw IQ or emotional intelligence? How diverse should hires be and when will it be clear that success is achieved?

These are familiar questions. The challenges are undeniable. As we reported last year, the average age of a financial advisor in the US is nearly 60 years old and over one-third of financial advisors are expected to retire within the next 10 years, according to a recent study by Cerulli Associates. About 15 per cent of wirehouse advisors and 7 per cent of independent advisors in the US are at risk of leaving their jobs in the next two years, a JD Power US Financial Advisor Satisfaction Study found. Right now, advisory firms have an average of three open positions, an Ameriprise Financial survey showed last year. One suspects that the situation in the UK, parts of continental Europe, the Gulf and Asia-Pacific arenât a lot different.

I think there is another challenge, that goes deeper than contemporary nostrums about diversity, equity and inclusion, or technological change, important though they undoubtedly are. There is the problem, as far as I can judge it from talking to firms, that many graduate-age people donât think wealth management and banking is a cool place to work. Itâs also still under the long shadow cast by the financial maelstrom of 2008. It might be unfair, given the problems in other sectors (think of airlines, or the UKâs National Health Service, parts of law enforcement in the US, etc) but undeniable. Thereâs a multi-trillion dollar and the equivalent wealth transfer happening as Baby Boomers slip off this mortal coil. But if the average advisor age is pushing 60, then more advisors in their 30s, 50s and early 50s are needed who can talk the language of a rising generation.

It would be folly to imagine that this can all be fixed by changing dress codes, getting rid of mahogany-lined offices, fancy titles and changing names of venerable banks to something that sounds like Star Trek. Younger adults donât want to be patronised and hard though it might feel to someone of an older generation, Millennials and Gen Zers arenât creature from outer space. They have their concerns about money and providing for later in life just like their older peers; they want to build careers and deal with the risk life throws at them. They do expect rapid service, a desire to talk to actual people â not just an algorithm â but want the process to be in some ways as quick and convenient as booking a flight or hotel.

But in terms of career, what the industry is not, in my view, doing enough about is showing why wealth management is a great field to work in. It ought not to be hard, because at root what this sector is about is helping wealth creators and inheritors put their money to work effectively. That means learning to âlook around the cornersâ of life: anticipating trends, understanding cutting-edge business sectors, and working with creative and energetic people. It means being able to talk to businessmen and women who know how to âmake it rainâ and who have made big changes in everything from digital technology to transport.

Working with go-getting people is surely a fascinating world to be in. And you get to talk about philanthropy, learn about the struggles and debates within families, see the pros and cons of living in different countries, gain an understanding of politics and culture, master a language or two, and be knowledgeable enough to hold a conversation about art, classic cars and the occasional super-expensive bottle of French wine. To have a career when this is part of the daily job is surely about as engrossing a career as one could have.

Speaking as a business journalist of three decadesâ standing, I can tell you that writing about all these topics, and more, has been the most fulfilling part of my career, so it isnât much of a stretch to imagine that young adults with blood in their veins and ideas in their heads, ought to be fired up about making a career in wealth management.

The challenge I throw down at wealth managers is this: make these points to people as part of your career sales pitches and be smarter and more creative in the ways you do it. Illustrate, with case studies â perhaps in job adverts â what being a wealth manager can be like, the type of challenges the job brings, and the satisfaction it affords. Kill the jargon. Finally, stress to anyone who wants to enter the field that by protecting the legitimate wealth of those who hold it, you encourage the production of goods and services, and the jobs connected to them on which the economy and public services depend. Tell people that they are, therefore, a vital part of the chain that holds an economy and all that it represents, together.

Do it right, and the problem will not be running out of wealth managers but managing the rush of candidates.