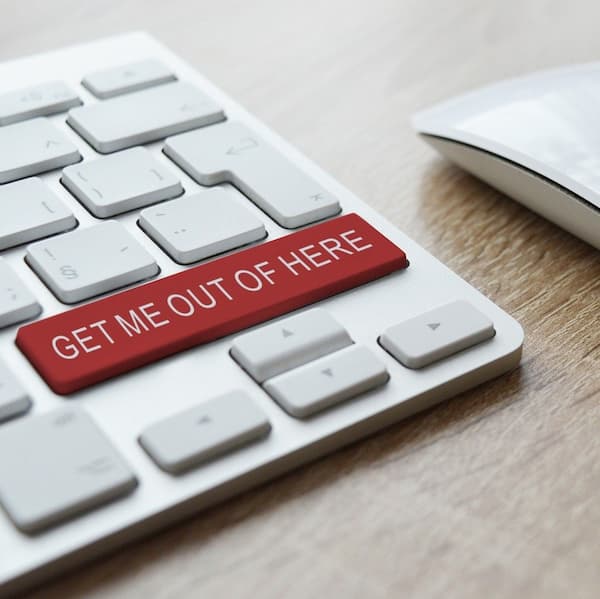 The author of this article says that a lack of effective regulation, combined with an audience blinded by the dream of huge returns and willing to take risks on insalubrious investment schemes, has created a perfect storm that allows fraudsters and scammers to flourish.

The controversies stemming from the multi-billion collapse of digital asset exchange FTX continue to emerge, and as of the time of writing regulatory authorities and others are seeking to work out blame and accountability for the disaster. Depending on what is found out, new regulatory action is likely. It already appears that major failings around corporate governance and diligence took place. Beyond FTX, it is also increasingly obvious that the space is ripe for financial fraudsters to try and exploit gullible investors trying to bet on the next hot idea. The stakes are high, because the digital assets market has qualities that wealth managers are keen to tap into. Losing the avenue would be a serious setback. Dramatic falls in the prices of âstable-coinsâ and other crypto entities this year have already prompted regulators around the world to scrutinise the sector.

A person with an insight into the situation is Richard Cannon. He is a partner at Stokoe Partnership Solicitors, specialising in serious fraud and white-collar crime matters. He is experienced in high-value and complex matters across the Proceeds of Crime Act in the UK.

The editors of this news service are pleased to share these views and invite readers to jump into the conversation. The usual editorial disclaimers apply. Email tom.burroughes@wealthbriefing.com

History is ripe with examples of economic bubbles and fraudsters seeking to exploit investors cashing in on âthe next big thingâ. From Bernie Madoff to Allen Stanford, fraudsters have always preyed on investors with enticing promises of huge returns. The rise of cryptocurrency over the past decade, from a niche alternative payment system to a booming multi-billion dollar market has unsurprisingly drawn fraudsters like moths to a flame. Originally the cutting edge of technology and finance, crypto has become mainstream, with many keen to invest in an asset class that to date has seen unprecedented volatility which through the upside only lens of the naÃ¯ve investor means the promise of huge potential returns.

This fever has even spread to state level. Nayib Bukele, the president of El Salvador poured state funds into Bitcoin in late 2021 and made his country the worldâs first to accept the currency as legal tender. His experiment has failed massively so far, plunging his country even deeper into the economic crisis in which it was already mired, with Bitcoinâs value having plummeted by almost 50 per cent since he started filling the stateâs coffers with the coin.

As well as the price risks in buying currencies which have no innate value, nor any trusted way to be valued at all, buyers of crypto are also exposed to enormous peril when it comes to fraud and theft in the bandit country they are entering. While proponents of the sector seek to draw in breathless crowds by playing on the âdisruptiveâ and âWild Westâ nature of the crypto space, it is exactly that feature which makes it so attractive to con artists and thieves. Cryptocurrency remains largely beyond the reach of domestic and global financial regulation, making it a haven for criminals and leaving investors dangerously exposed, with almost no recourse for redress if they are the victim of crime.

In September, US authorities announced that the âHead Traderâ of global cryptocurrency Ponzi scheme EmpiresX had pleaded guilty to conspiracy to commit securities fraud in connection with a fraud that stole $100 million from investors. The unravelling of major frauds such as EmpiresX has become an all too common tale in the crypto market, as fraudsters cash in on the bountiful opportunities for scams in the digital assets market.

The spectacular recent collapse of cryptocurrency exchange FTX has sent shockwaves through the sector, which was already reeling from the effect of the âCrypto Winterâ that saw coin prices plunge across the board. According to a filing in a US bankruptcy court, FTX owes its 50 biggest creditors almost $3.1 billion, though the true cost of FTXâs demise is far higher in terms of the ripple effect tearing through the industry. FTX had managed to convince investors that it owned billions of dollarsâ worth of assets that it did not have, and as soon as solvency concerns were raised by analysts, the company folded and filed for bankruptcy earlier this month.

Adding insult to injury, FTX management claimed the company had been the victim of a theft of cryptocurrency worth hundreds of millions of dollars in the final stages of its collapse, leaving an even tinier pool of assets to distribute to creditors. FTX had become the third largest crypto exchange in the world, boasting over a million users in 2021. Recently revealed company records showed FTX customers were based in 27 separate countries, with Great Britain making up one of the highest proportions of users.  But the deposits were not merely from individual private investors, with private equity investment secured from industry titans such as BlackRock and Sequoia Capital.

The role of regulators in FTXâs ability to fraudulently operate on such a vast scale will face much scrutiny moving forward. In fairness to the FCA, they did issue a warning in September 2022 that they believed FTX may be providing financial services or products in the UK without their authorisation. But the notice was confined to their website and does not appear to have been put on Twitter or disseminated much further. One has to ask what the point is of making such a warning without doing much more to try and make sure it reaches the target audience.

This week, in the wake of FTXâs demise, a deputy governor of the Bank of England called for the sector to be brought within the regulatory framework, warning that the continued growth of the crypto market meant action should be taken now, before an even greater shock than the FTX implosion could occur.

While his call to arms is welcome, it is not just about having rules - it is how they are policed and enforced that impacts bad behaviour and improves market confidence.

For now, the stable door is still wide open with the horse having long ago bolted.

With Generation Z seemingly still hooked on crypto trading, seduced by the dream of quick and easy riches in a time when the cost of living is making so many poorer, there is a crying need for regulators to do more to protect some of the most vulnerable members of society.

There is also a need for firm education of those who see crypto trading as little more than an extension of online gaming, rather than as a serious financial choice with real and risky consequences. The gamification of crypto has been made possible by the viral spread of crypto and NFTs across social media, with celebrity endorsements and influencer promotion normalising the culture with scant regard for the possible downsides of investing. Young investors are bombarded with tall tales of how their peers made eye-watering returns from small stakes investments, and are easily tricked into throwing money at the next get-rich-quick scheme being dangled in front of them.

Currency speculation, once the preserve of banking institutions, governments and funds, has been repackaged and sold to the masses as casino entertainment, and its rapid growth demonstrates just how successful the revamp has been. The harnessing of brash social media broadcasting, the fog of little-understood crypto technology, and the type of wild price volatility allows investors to dare to dream.

A lack of effective regulation, combined with an audience blinded by the dream of huge returns and willing to take risks on insalubrious investment schemes, has created a perfect storm that allows fraudsters and scammers to flourish. The international nature of cryptocurrency fraud, coupled with the fact that authorities frequently find themselves playing catch-up, means that organised criminal activity in this sector is here to stay and will not be displaced easily.