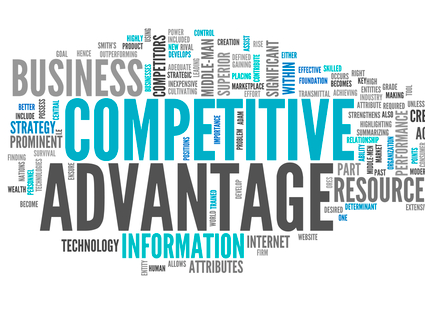 We talk to a manager of a fund that concentrates on family-owned businesses, and these can range from the small to the very large, with their own idiosyncrasies and return characteristics.

It is natural for some people to think that the adjective âfamily-ownedâ means that a business must be small. But that would be a mistake as some of the largest organisations fit this description.

As far as French asset manager Carmignac is concerned, a business can be âfamily-ownedâ if the founder or family have at least 10 per cent of voting rights. Under this test, Switzerlandâs pharma group Roche can fall under this moniker, as does Facebook. Some 80 per cent of businesses are family-owned in some sense, according to the Center for Family Business at the University of St Gallen, Switzerland.

âA lot of people donât think that a big business is family-owned,â Obe Ejikeme, manager of Carmignacâs Family Governed Fund, a Luxembourg-registered SICAV, told WealthBriefing in a recent call. (The fund does not own Facebook.)

The existence of such a fund is an example of how asset managers try to decompose sources of returns and pick out themes. The "family" aspect of a firm appears to be a driver that is gaining attention. The 2021 EY and University of St. Gallen Family Business Index showed that the largest family-owned businesses collectively generate $7.28 trillion in revenue and employ 24.1 million people. Seventy-five per cent of family businesses are over 50 years old and almost one third are over 100 years old. Berkshire Hathaway, Wal-Mart, Country Garden Holdings, SK Corp and BMW are among those fitting the "family-owned" category. A focus on the long term over quick-fix turnover appears to be a common theme.

One of the biggest concerns with such businesses is often liquidity which can be a large constraint. Consequently, the Carmignac fund goes for the larger, more liquid end of the spectrum.

âWe have targeted the liquid end of the scaleâ¦. that is part of our risk management,â he said.

âWe find that a long-term outlook can result in better decision-making and a focus on sustainable returns. Family businesses tend to be higher quality companies when measured using financial factors such as return on equity and leverage and this can lead to better long-term share price performance, especially in more volatile economic times,â he said.

So why do people think the term âfamilyâ must mean âsmallâ?

âItâs understandable. Often when we start the conversation about family businesses, people think of a small close-knit organisation rather than a sophisticated multinational with thousands of employees. The key is to find family businesses that â like all businesses â started out small but have the potential to become tomorrowâs multi-national leaders,â Ejikeme said.

Ejikeme pointed out that investors in family-owned firms need to be aware of the liquidity of the outstanding share of a company.

âAs many family firms tend to have a large family ownership, the free float may be limited. For example, Hermes International â the family still owns 74 per cent of the firm. While the market cap is $140 billion, the free float only amounts to 32 per cent, meaning a free-float adjusted market cap of $45 billion. We are not willing to invest in highly illiquid names which add risk to the portfolio when needing to unwind a position,â he said.

Before the fund was established, Carmignac backtested a universe of firms. Performance over a period from 2004 to 2018 was analysed. âWe discovered the skin in the game effect and saw that family-owned firms outperformed by about 2 per cent a year,â Ejikeme said. âPerformance of the fund has been very strong,â he said. The fund is categorised in a Morningstar growth category.

The fund hasnât been able to completely withstand the ravages of a falling stock market this year, however. On its euro Acc share class, there has been a fall of 19.6 per cent since 31 December 2021, as at 30 September this year; the average in the fundâs category is a drop of 21.7 per cent. Since the fundâs inception on 31 May 2019, it has delivered a cumulative gain, after fees, of 31.7 per cent, handily beating the category average of 27.6 per cent. Over three years, the fund has displayed a 19.3 per cent volatility.

Examining the fundâs composition shows that developed countries make up 83.4 per cent of the portfolio; the US is by far the largest, at 52.4 per cent, while Asia-Pacific and Europe are 2.4 per cent and 28.6 per cent, respectively. Emerging markets account for 3.8 per cent, and emerging Asia, 3.8 per cent. Cash, cash equivalents and derivative operations come in at 12.9 per cent. Sector-wise, healthcare is by far the largest, at 43.5 per cent, more than three times the closest rival sector, consumer discretionary. Top-ten holdings include Eli Lilly & Co, and Danaher Corp (both healthcare); the aforementioned Roche (also healthcare); Mastercard, Estee Lauder, and Paychex are also in the mix.

âOur biggest challenge is more of the size of the fund. It is still quite small. People want to allocate big amounts [to it],â Ejikeme said. Absorbing large amounts of new client money can be an issue when managing a specialist fund such as this. At the end of September the fund held â¬28 million ($27 million) in AuM, making it a relative minnow in todayâs world. This is â so far â a niche play.

Finding quality firms takes work. Governance of such businesses can be very mixed, which makes it more difficult.

Analysts at Carmignac look at persistent profitability and the track record. âWe make sure they [family firms] are reinvesting,â Ejikeme said. âWe focus on really good businesses and have relatively low turnover of the portfolio.â

The recent falls in stock markets happened too fast to do much about it, he said. âThe contrarian and natural optimist in me thinks that in a couple of years things are going to be a lot better than they are now,â he said.

WealthBriefing asked Ejikeme how aware consultants, advisors, private banks and other parts of the wealth distribution chain were of such family-owned businesses?

âWe are among very few funds that focus on this specific theme. Partially because it reduces the investment universe considerably, but also because fund buyers are not aware of the benefits, from a financial standpoint, of investing in family businesses,â he replied. âThis is why we have done the groundwork to demonstrate what makes family businesses a compelling investment. Before launching the fund, we went back 15 years to see how family businesses performed and evolved over time, while seeking to understand where the sweet spots were to focus our research.â

âThe theme speaks well to advisors and wealth clients who relate to the family business mindset especially if they are or have been entrepreneurs,â he added.