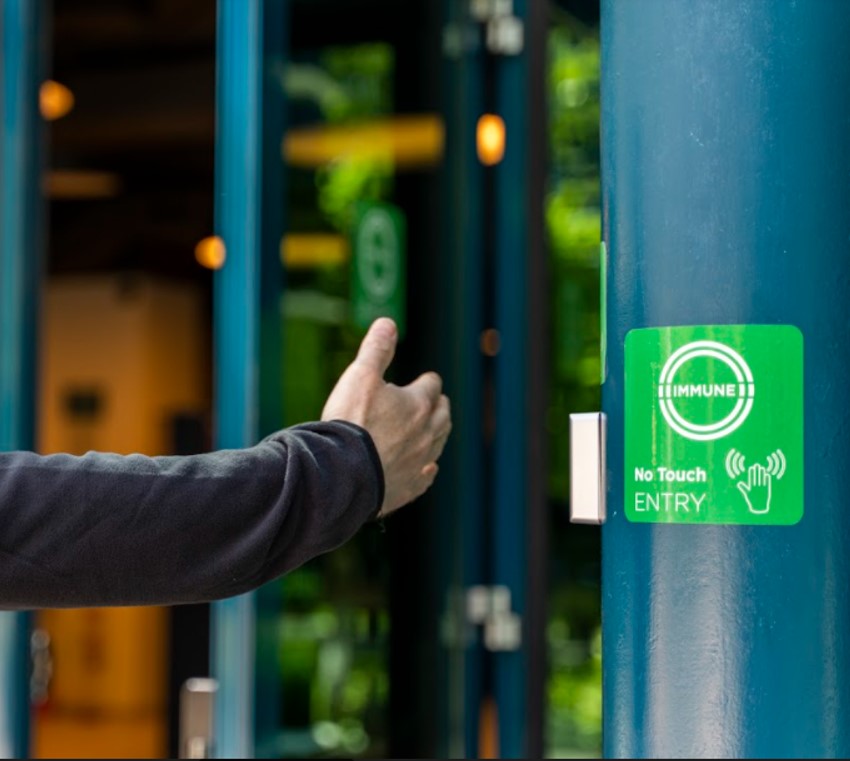 Some financial sector firms want staff back in the office, some are moving to a hybrid model and in the case of PwC recently, allowing all staff in certain roles to work remotely. Regardless, there's a need for offices to be more resilient against pandemics.

With one of the worldâs largest private businesses, PwC, reportedly allowing all its 40,000 US client services staff to work virtually in perpetuity, the move is another reminder of how disruptive COVID-19 is.

But the responses are mixed: Wall Street powerhouse Goldman Sachs stated in May that it wants staff back in the office. On the other hand, in July Royal Bank of Canadaâs chief executive, Dave McKay, said hybrid working as a model will stay in future.

Whatever eventual picture emerges, the pandemic has put a premium on making offices and shared spaces as hygienic as possible. Consequently, architecture and design needs to adapt.

Making buildings safer is important given that office working is still a big feature of business life, Liviu Tudor, the president of the European Property Federation in Brussels, told this news service recently.

âWe spend 90 per cent of our time inside buildings. In the same way that people are trying to reinforce their immune systemâ¦we have to do this for buildings. We have to decide how weâre going to handle this kind of threat again,â Tudor said. âIf we learn only one thing, it is to learn that buildings should be prepared for future pandemics or other threats and that means we need to build healthy buildings. I think that this is even more important than 'greenâ buildings.â

Predicting how long the working-from-home/hybrid working model will last is difficult, he said, but Tudor took a guess: âHybrid working will stay for a whileâ¦.maybe for two or three years after the pandemic.â

Given his role, Tudor has a stake in buildings that can bring people together. He has been advising those owning, managing, occupying or designing workplaces worldwide on how to re-open their offices safely through his IMMUNE Building Standardâ ¢. This is an open-source standard, developed in response to the pandemic, showing how to re-engineer and redesign business premises. The standard has been used for offices across the UK and continental Europe, including in Bucharest, Romania, at Building H3 in the West Gate Business District, fully occupied by Ericsson. The business district belongs to Tudorâs company Genesis Property whose other tenants include HP, Siemens, Ericsson, Infineon, SociÃ©tÃ© General and Accenture.

Figures in the buildings and architecture field say that making facilities healthier is as key as preparing for other disasters. Kevin Van Den Wymelenberg, director of the Institute for Health in the Built Environment, was quoted by NPR last September as saying: "We've designed buildings for 100-year floods. Now we have to learn to design for the 100-year flu."

This news service examined how the remote working trend affects wealth management. As often noted, the crisis has accelerated changes already under way. Two-way video meetings are now the norm. Paperwork is out, digital files are in. The pandemic has been tough on younger employees starved of mentorship and office camaraderie. Appraising staff and handling career goals is becoming more difficult.