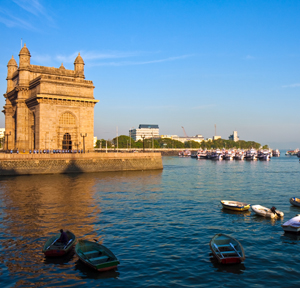 The latest offerings in investments, such as funds and structured products, and other notable developments.

Ashoka India Equity Investment Trust
As countries jockey to capitalise on global disruptions, there is evidence that BigTechs are increasingly looking to India to diversify their supply chains. Ramesh Mantri, advisor to Ashoka India Equity Investment Trust and director of investment at Mumbai-based White Oak Capital believes the move to set up more operations in India will ramp up foreign investment in spite of the challenges the country faces in containing the pandemic as the world’s second most populous nation.

India momentum
The investment firm, which deals in Indian securities, is keen to point to Google’s $4.5 billion investment in Jio Platforms - a subsidiary of Indian-owned Reliance Industries, owners of the country’s largest mobile phone network - as encouraging evidence of BigTechs looking for new global partners. Intel and Facebook are other fairly recent investors in Jio.

“The pandemic has accelerated the opportunity for India to gain market share as an outsourcing destination and to attract foreign direct investment, which would otherwise have gone to China,” Mantri said.

India is also making gains in the smartphone market as the second largest manufacturing hub after China, with Apple’s contractor Foxconn assembling the iphone11 in its plant near Chennai. Similarly, Samsung, Xiaomi and LG have all scaled up their India operations.

Supply chain pivot
The firm contends that structural reforms introduced earlier in the year by Prime Minister Narendra Modi to encourage more manufacturing in India and create a more favourable landscape for business are paying dividends. This is in spite of recent credit downgrades and a negative outlook from Moody's, with most economists expecting the economy to shrink by around 5 per cent next year. The Reserve Bank of India has been the first to call for market reforms, which in broad strokes would create genuine free market competition and smaller government.

The RBI warned on Tuesday that Indian banks as the main line of credit are not increasing help businesses for fear of incurring bad loans. Modi has set aside around $266 billion in credit guarantees for banks to help Indian businesses through the crisis but institutions have been slow to respond.

“Indian banking has to be liberated from the risk aversion [culture] that is impeding the flow of credit to the productive sectors of the economy and undermining the role of banks as the principal financial intermediaries in the economy,” the central bank said in its annual report to the end of June.

The RBI expects that economic activity will also suffer in the third quarter because several states are having to re-impose lockdown measures.

Year-to-date, Ashoka India Equity Investment Trust is down by 3.2 per cent. Valuations in India have fallen significantly, as elsewhere, in recent months, with equities and the trust’s portfolio trading on a 30 per cent discount to historic book price. "We see this as a great opportunity to enter the market," Mantri said. White Oak Capital manages around $1.6 billion, with roughly a third held in large cap Indian technology and financial firms.

The new fund should give foreign investors access to a large and diverse pool of companies listed and traded in China’s mainland stock markets. It will also employ BMO GAM’s responsible investment philosophy focused on corporate governance and the management of environmental and social issues to help mitigate risk. June Lui will manage the fund in Hong Kong.

“As China continues to transform and develop, we see increased opportunities for long-term investors," Lui said. Recognising governance issues in the onshore market, "we believe these can be addressed by ensuring ESG factors are a focal point in the decision-making process,” she added.

The fund will seek investment opportunities across China’s domestic economy set for growth as a result of the secular trends of urbanisation, income growth and technology advancement. Other opportunities are in core areas affected by global shifts such as health and wellbeing; food and nutrition; energy transition; responsible finance; sustainable infrastructure; and technological innovation, the firm said.

What Does The Risk Of No-Deal Brexit Mean For Investors? RBC Commentary

Private Investments: Three Things To Consider Before Joining The 40 Per Cent Club